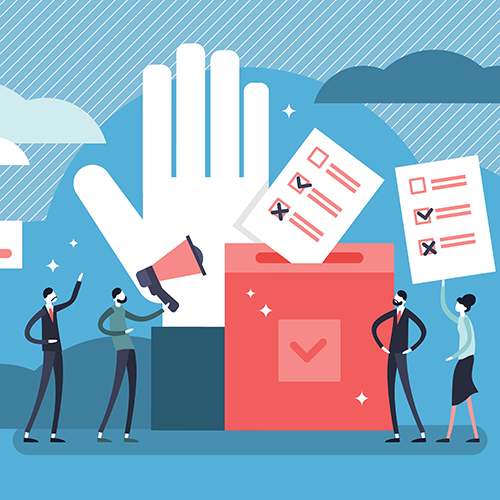 In my years of political activity beginning in 1960, I have found no shortage of conservatives willing to tell the political parties what they should do.

But I have noticed a great shortage of conservatives willing to take the time, spend the money and pay the political price necessary to achieve and hold power in a political party.

Unless more conservatives accept the responsibility of political participation inside the parties, thirty years from now conservatives will still be complaining that the parties fail to do what they ought to do.

Only a tiny fraction of Americans participate in party activities.  There is a great turnover of participants and leadership.

Some years ago I looked up the tenure of all the Republican Party state chairmen in the United States.  The average state party chairman had held that post for about eighteen months!

I believe it is the same among the Democrats.

State law and party rules determine state and local party structure.  And no two states are exactly alike in party organization.  But in almost every city and county in America, there are many vacancies in official party committees.

The same is true in unofficial party structures, including the party's auxiliary organizations.

Most campaigns do not have precinct leaders in every precinct.  The same holds true in the Democratic Party.

And all party committees, campaign organizations and auxiliary organizations have jobs left undone because of a lack of volunteers.

In this context, something President George H.W. Bush said is particularly valuable:  "Eighty percent of success is just being there."

Unfortunately, much of what is said and done at party committee meetings at every level, including even National Committee meetings, is uninteresting, even boring.  To succeed inside a political party, one must cultivate the ability to sit still and remain polite when foolish people speak nonsense.

An open structure gives access to the foolish as well as to the wise.

Wise people inside a party must cultivate a high level of patience.  They must allow for human frailty in others and strive to appear to suffer most fools gladly.

Like many other conservatives, I have come to realize that the time spent sitting through dull parts of meetings is the price one pays to be there to take part when the really important decisions are made every now and then.

A principled conservative who wishes to succeed within a party should heed the following ten points:

1.  Make yourself useful to the party's candidates and the activities of party organizations.  Choose carefully what you agree to do, and then do it well.

2.  Rise slowly.  Don't put yourself forward for every available position of leadership.

If you display competence in your party or campaign activities, other people will soon enough be ready to ask you, even urge you, to seek higher posts.  Remember, there is always a big turnover.  People without persistence drop out.  Many vacancies open up.

Even those party activists who have no particular political philosophy still like to win.  If you become valuable to the party and a reliable asset to its candidates, even political opportunists will come to tolerate you and your commitment to principles.

It is not necessary that you and your allies now control the local or state party for you to become effective in the long run.  What is necessary is that you cultivate allies who will reliably work together for your conservative principles.

The Lone Ranger was never a successful politician.

4.  Don't try to solve all the problems you see in a party committee or in a campaign organization.

People resent a know-it-all.  Pick and choose the matters in which you become involved.  Sometimes it is better to let others learn by their own experience than by your advice.

5.  Politics is of the heart as well as of the mind.  Many people don't care how much you know until they know how much you care.  It is possible often to say unpleasant things pleasantly.

Too often our politically wounded are left to bleed to death.  Be compassionate and show it.

Do your best to locate, recruit, train, and place other conservatives in the political process.

Attrition of leadership is more severe in party organizations than in almost any other activity.

Phyllis Schlafly says, with some justice, that county party chairman is the worst job in politics.  Many people burn out quickly.

As you build the size of your base of effective activists, it is natural that your own position within the party will gradually improve.

8.  Study the rules of procedure.  Or find someone of like mind who is or will become expert on the rules.

One of the reasons for conservative successes within the Republican Party is that many conservatives in that party have taken the time to master the rules of procedure.

Beyond a mastery of the rules comes an understanding of meeting dynamics.  Meeting dynamics are best learned by long experience at political meetings.

9.  In volunteer politics, a builder can build faster than a destroyer can destroy.

If you achieve anything in politics, you will have enemies, some of whom will delight in attacking your every flaw, real or imagined.  Do not spend much time replying to such criticism.

On the average, it takes less time for you to recruit a new activist than it does for your enemies to persuade one of your recruits that you are a bad person.

Over time, you get stronger and your enemies do not.

10.  Don't make the perfect the enemy of the good.

If you can't cope with anything less than perfection, you will never achieve anything worthwhile.  You would be like the pastor who was so concerned with heavenly things that he was no earthly good.

Perfection is unattainable on this earth, but it is a useful guide to the direction we should go.  One can use a good compass for a lifetime without expecting ever to get to the North Pole.

In the United States, a political party is not easily defined.

Power is more diffuse in American political parties than in government.  After all, it is possible for government to make a decision binding on everyone.  There is no mechanism for doing that in our political parties.  Each party committee is a separate opportunity for conservative activists.

The giant Senatorial and Congressional party committees of both major parties are entirely independent of the Republican and Democratic national committees, which themselves are the creations of the state parties and their national conventions.

A party national committee has almost no supervisory role over the state parties, which, in turn, dare not interfere much in the local party organizations.

Party committees exist independently.  Taken together, they raise and spend hundreds of millions of dollars, and each can have a major role in the selection of candidates at a specific level of government.  Major party fundraising is much easier than other political fundraising.  It's like having a limited license to print money.

A party has meaning only to the extent that people's actions give it meaning.  It is a vehicle for political action.

As leaders of the conservative movement realize, parties alone are not sufficient to preserve our hard-won freedoms.  Candidates, once nominated, run their own campaigns, sometimes with and sometimes without much help from party committees.  And support of various types from many, many non-party organizations is required for victory.

But while parties are not sufficient, they are necessary.

If conservatives fail to engage in party activities, then party committees at every level will be run by people who do not share conservative views -- that is, by opportunists and liberals.

Conservatives should never lose sight of the difference between power and influence.  Power is the ability to make things happen.  Influence is the ability to have one's views at least taken into account by those who have power.

To people motivated by political philosophy, influence is not enough.  Just as conservatives should work to get fellow conservatives into positions of governmental power, they have an obligation to be active themselves in the party structures.  There is too much power there for it to be abandoned.

Conservative organizations have many millions of members and supporters who, if led by their leadership, would be interested in participating in party activity.

Finally, conservatives who absolutely, positively cannot sit through long, tedious political party meetings have an obligation to find and to support financially fellow conservatives with cast-iron behinds, people willing and able to do the partisan jobs which must be done.

As few as fifty thousand conservatives, newly determined to become party activists could, in four years or less, make a national party as reliably conservative as the Democratic Party is today reliably liberal.  With this influx of new participants, that party would elect a lot of its candidates.