KrisAnne Hall received her bachelor’s degree in biochemistry from Blackburn College and her Juris Doctor from the University of Florida, College of Law. She served in the US Army as a military intelligence cryptologic linguist and was a prosecutor for the State of Florida for nearly a decade. KrisAnne also worked with a prominent national First Amendment Law firm where she traveled the country defending Americans whose Rights were violated by unlawful arrests
and prosecutions. She has written 6 books on American History and the US Constitution. KrisAnne is a regular consultant on the Constitution for numerous radio, podcast, and television programs. She has been interviewed by C-Span InDepth and her books and classes have been featured on CSPAN Book-tv. 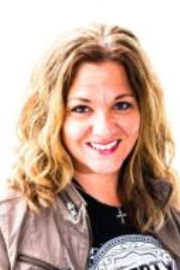