Rachel Semmel has spent over a decade working with grassroots, campaigns, and movement conservatives across the country. She has overseen press strategy, media relations, and issue advocacy for campaigns, organizations, members of Congress, and the White House.

Rachel most recently served as the Communications Director at the White House Office of Management and Budget under Director Russ Vought, where she managed the day-to-day operations of the communications team and led OMB’s overall strategy and execution on some of President Donald J. Trump’s highest-profile policies.

Rachel started her career working in the U.S. House for then-House Republican Conference Chair, Rep. Mike Pence (R-IN). She also served as Communications Director to two primary challengers in the 2014 election cycle—Matt Bevin for U.S. Senate and Dave Brat for U.S. Congress. She was a vital team member responsible for launching Conservative Review, CRTV, and the Mark Levin TV show–now the Blaze, one of the fastest growing conservative news alternatives–where she was the Spokesman. Prior to working at the White House, Rachel did media relations and TV training for District Media Group.

An Indiana native and a graduate of Purdue University, Rachel currently lives in Washington D.C. 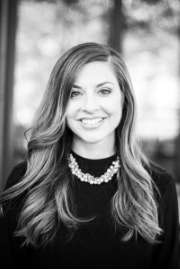