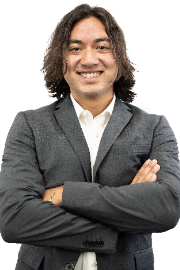 
Daniel Pinales is the Leadership Institute's Regional Field Coordinator for northern California, where he motivates and oversees various different conservative and libertarian groups as they advance the ideas of freedom, civil liberties, and other pro-American values on their college campuses.

Daniel was born and raised in Los Angeles, California. He studied and earned his bachelor's degree in political science from California State University at Los Angeles. During his time in college he was involved with Young Americans for Freedom, the college's premier conservative student organization. As a student activist, he boldly advocated for conservative values in the face of a radically-progressive campus and a worsening political climate.

The COVID-19 pandemic and the shift to virtual means of communication did not stop him from continuing his work in the conservative movement as he interned for Young Kim of California's 39th congressional district from the summer and through the fall of 2020. Daniel's work on the campaign paid off when Young Kim successfully defeated the Democrat incumbent and was elected to Congress.

In his spare time, Daniel enjoys going on drives, hiking, running, reading, singing and playing the guitar, and going to music festivals.