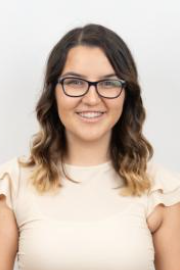 
Callista Mendoza grew up in Southern California. She studies at Grand Canyon University and is pursuing a B.A. in Government with an Emphasis in State and Local Public Policy. Where she was the President of the school’s chapter of the Network of Enlightened Women (NeW) and served in the student body government as a Senator.

In the Fall of 2021, she was the North Texas Field Representative for the Leadership Institute. After the completion of her contract, Callista worked briefly with Young Americans of Liberty as their Student Development Specialist, directly under the Vice President of Campus. Callista returned to the Leadership Institute as the Regional Field Coordinator over Virginia, West Virginia, and Maryland.

She wants to use her conservative activism to become a role model for young children and prove that strong conservatives can be influential in government.