Join us at The Leadership Institute's headquarters for an insightful talk and a gourmet buffet breakfast.

Held the first Wednesday of each month, these breakfast meetings are an excellent opportunity for friends of the Institute to meet leading speakers and hear their thoughts on current affairs.

These breakfast meetings offer a great chance to share food and fellowship with like-minded friends. Past breakfasts have been attended by members of Congress, public policy experts, and columnists.

To Be Determined
, Map

Become a Breakfast Club member and get 12 breakfasts for the price of 10!

Please join Rand Paul at the next breakfast on August 04 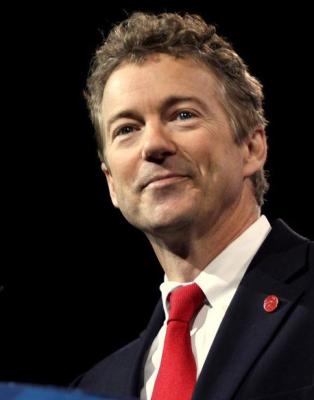 Senator Rand Paul, represents the state of Kentucky and is one of the nation's leading advocates for liberty. Elected to the United States Senate in 2010, Dr. Paul has proven to be an outspoken champion for constitutional liberties and fiscal responsibility. As a fierce advocate against government overreach, Dr. Paul has fought tirelessly to return government to its limited, constitutional scope.

Rand grew up in Lake Jackson, Tex., and attended Baylor University. He graduated from Duke Medical School in 1988. Dr. Paul completed a general surgery internship at Georgia Baptist Medical Center in Atlanta, Ga., and completed his residency in ophthalmology at Duke University Medical Center. Upon completion of his training in 1993, Dr. Paul and his wife Kelley moved to Bowling Green to start their family and begin his ophthalmology practice.

During his free time, Dr. Paul currently performs pro-bono eye surgeries for patients across Kentucky. Additionally, he provides free eye surgery to children from around the world through his participation in the Children of the Americas Program. Most recently, he traveled to Guatemala and Haiti on a medical mission trip with the University of Utah's Moran Eye Center. During his time in Guatemala and Haiti, over 200 patients, many of them blind with cataracts, had their vision restored.

Living in Kentucky, Dr. Paul has been married for 29 years to Kelley Ashby Paul and they have three sons together: William, Duncan, and Robert. When his kids were growing up, he regularly volunteered to coach teams for each of his three sons in Little League baseball, soccer, and basketball. Paul is the third of five children born to Carol and Ron Paul.