Justin Murff is the President of NexGenerosity a philanthropic advising and consulting firm based in the Washington, DC metro area with a particular focus in supporting a network of more than 160 Christian nonprofits throughout the Greater Middle East.

For more than 15 years, Justin Murff has worked as a development and media executive. He has executive-produced hundreds of live national TV/radio simulcast productions. At age 26, Justin became one of the youngest network television executives in the country when he co-launched the nation's first free-to-air business and entrepreneurship TV channel, Biz TV, now available in more than 65 million households.

Justin has served as the Philanthropic advisor for a number of high profile organizations. He is a graduate of the Robertson School of Government at Regent University with an M.A. in government and international relations and a graduate certificate in political management.

He is a Fellow of the Royal Society for the Arts and Sciences in the U.K.

He is married to Dr. Jennifer Murff, and they have four daughters. 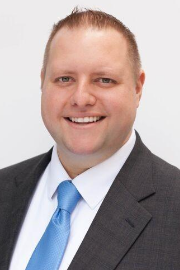