Carlos Cruz is a Vice President at Jamestown Associates.

In 2021, Carlos was proud to play a key role in the NJGOP’s historic victories, coordinating media strategy in Legislative Districts 2 and 11, flipping four of the eight seats that went from blue to red that year.

In 2020, Carlos worked on Jametown’s advertising team for the Trump campaign, and as part of their Hispanic advertising team, cut compelling ads that helped lay the groundwork for the President’s improvement with Hispanic voters.

Prior to joining Jamestown, Carlos has served in key leadership roles on a number of campaigns of national consequence.  He has served as a State Director for the Republican National Committee’s 2018 Victory operation.  In 2017, Carlos served as the Republican Party of Iowa’s Communications Director.

On Senator Ayotte’s reelection campaign, Carlos successfully led a full-time statewide staff of sixteen and a part-time staff of over two hundred in making more than one million voter contacts in one of the closest and most expensive U.S Senate races in the country.

Before leaving New Jersey for national races, Carlos served as a Chief of Staff in the New Jersey Legislature, and a campaign manager to a Member of Congress, both in purple seats. 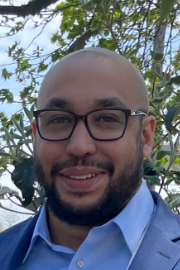