Matt is a seasoned political professional with a deep background in campaigns, elections, and public advocacy across the country. He has served as Political Director, Victory Director and Executive Director roles spanning Virginia, Kentucky, Minnesota, Iowa, Nevada, and Arizona. He has worked with state Republican Parties, Political Action Committees and state and national party committees as a manager and senior-level staffer.

Over the last five election cycles, Matt has established a proven background of running cutting edge field and voter contact programs, often specializing in high-performing programs that needed to be stood up and implemented quickly, with very little lead time. Programs that he has founded and run have helped flip or hold multiple legislative chambers in several states.

Matt worked as the U.S. House of Representatives as Outreach Director. And most recently, he served as the Arizona State Director for the Republican National Committee during the 2018 cycle. This was the first cycle in which Arizona had a full and robust field program; Matt oversaw the implementation of this multi-million dollar effort in a heavily targeted, increasingly competitive environment.

Matt enjoys hiking, fishing, kayaking and camping in the outdoors in his free time. 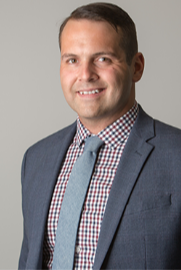