Michael Rigas currently serves as interim President & CEO of BMT Designers and Planners. He is an executive leader with over 25 years of professional experience navigating organizations through change in the public, private and non-profit sectors, with a record of improving performance, streamlining operations, and achieving outstanding results. Rigas has served in two Presidential administrations, most recently as the Acting Director of the United States Office of Personnel Management (OPM) and the Acting Deputy Director for Management at the United States Office of Management and Budget (OMB) during the Trump Administration. He has also served as the Federal government’s Chief Information Officer (CIO) and as the Associate Administrator for Small Business Utilization at the General Services Administration (GSA). At OMB he served as the Chief Management Officer (CMO) of the federal government, chaired the President’s Management Council, and improved federal government’s performance in its efficient and effective spend of over $4 trillion in the areas of financial management, procurement, information technology and personnel. As the Acting Director of OPM, led the agency that manages HR, talent recruitment, development, and policy for the 2.1 million employees in the federal government, and health care for the over 8 million individuals covered by the largest group health insurance plan in the world administered by OPM.

Rigas achieved the highest ever recorded ratings on the Federal Employee Viewpoint Survey for federal employee satisfaction, oversaw the successful effort to eliminate the federal government’s background investigation backlog of over half a million investigations, and the successfully transferred the National Background Investigation Bureau from OPM to DOD two years ahead of schedule. Mr. Rigas spent more than a decade in the private sector, including Mellon Financial Corporation and Brown Brothers Harriman & Co. He holds an M.A. in public administration from Harvard University’s John F. Kennedy School of Government and a B.A. and M.A. in economics from Boston University. He is an alum of the Heritage foundation where he served as Deputy Director of coalition relations. He lives in Virginia with his wife Laura and daughter Mary Elizabeth. 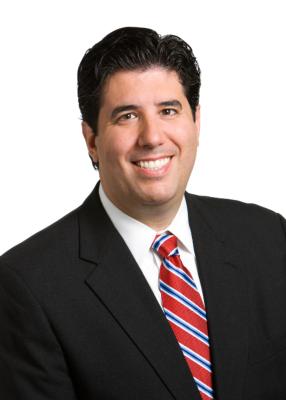