For nearly two decades, Christopher Malagisi’s work has placed him at the cross-section of politics, journalism, education, and the conservative movement.

He is currently the Executive Director of Outreach for Hillsdale College’s Kirby Center for Constitutional Studies & Citizenship in Washington, DC, and oversees its outreach, recruitment, media, and communications.  The purpose of the Kirby Center is to teach the US Constitution and the principles that gave it meaning, and to inspire citizens and policymakers to return the Constitution to its central place in the political life of our nation.

Previously, he was the CPAC Director & Director of External Relations for the American Conservative Union, the Director of Political & New Media Training at The Leadership Institute, Education Director of Conservatism 101, an Adjunct Instructor at American University teaching History of the Conservative Movement and Campaigns & Political Activism, was President of the Young Conservatives Coalition which originally launched the annual Buckley Awards and Reaganpalooza events, worked on Middle East & N. Africa development initiatives at the International Republican Institute, and served in leadership positions on five US presidential campaigns.

He is a nationally recognized expert and prolific public speaker on the conservative movement and its history, and has been a guest analyst on Fox News, Fox Business, and CSPAN, and many national radio shows, including The Dennis Prager Show, The Brian Kilmeade Show, The Hugh Hewitt Show, and DC’s WMAL.  His written work has been published in numerous outlets and recently served as the Media Journalism Fellow at The Hoover Institute at Stanford University.  He also received America’s Future Foundation’s “William F. Buckley Jr. Leadership Award” for significant achievements in advancing conservatism, and was recognized as a “DC Mover & Shaker” in Campaigns & Elections magazine.

Malagisi is currently a member and former Trustee of The Philadelphia Society and is an Advisory Board Member for America’s Future Foundation.

He is originally from Buffalo, NY, is president emeritus of the Young Adult League (YAL) at Saint Sophia Greek Orthodox Cathedral of Washington DC, loves movies, music, and reading, and has sailed around the world and visited over 40 countries.  Follow him at @ChrisMalagisi. 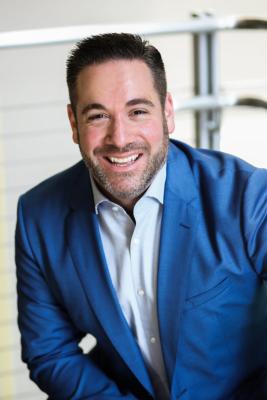