For the past 30 years, Mike has been active in raising funds for a variety of political organizations, political candidates, and non-profit organizations.

Mike has been with Direct Mail Systems (DMS) since 1994. DMS, headquartered in Clearwater Florida, specializes in state party and candidate fundraising mail as well as voter contact mail. Mike works closely with clients to develop overall message, theme and mail plans. He is also responsible for coordinating all copy, creative design, and production. Clients include various state parties, candidates for Presidential, Gubernatorial, Congressional and statewide races.

In addition to his direct mail expertise, Mike has a broad background in major donor solicitation, special event, and telemarketing. He has coordinated over 50 Presidential and Vice Presidential events. In addition, Mike has coordinated many other highly visible fundraising events, including events at the White House, three Republican National Conventions, Presidential Inaugurals, and even the Superbowl. He also has organized numerous meetings in Washington, D.C., and across the nation.

For the past several years Mike has served as a key faculty member of the Republican National Committee Campaign Management and Campaign Finance Schools. He has also been a speaker for a variety of groups including Campaigns and Elections Seminars, and numerous Republican State Party organizations.

Mike received his BA in English from the University of the South, Sewanee, Tennessee. He also attended Oxford University in Oxford, England with an Oxford Studies Scholarship. 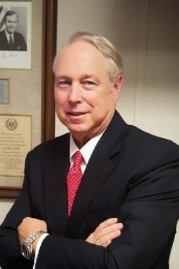