Cat Parks is a small-business owner & entrepreneur, former university coach & college adjunct instructor, cancer survivor, and certified trauma nurse. Though her path in life has been diverse, She is a trailblazer who has always been involved in team-building and fighting for results.

Cat is known for her passion for “inviting people in”, creating cohesive relationships, and fostering educated, meaningful political participation by harnessing the energy, talent, and individual strengths of “We The People”.

Her belief that “one person can make a difference” has led to unequaled focus unlocking the potential of grassroots movements. As a pragmatic business owner, she found herself highly dissatisfied with bureaucratic inefficiency, she co-founded a local 800+ member grassroots initiative to protect private property rights, culminating in positive changes at the local, state, and federal levels.

Cat's political involvement in Texas began with an appointment and later re-election as the Hamilton County Chair. It gave her a broad range of local experience, from administering Primary Elections to increasing voter turnout. Not long thereafter, she was elected to the Texas Republican County Chairmen’s Association Board, where she served as liaison and advocate for 25 counties.

In 2019, Cat was appointed Chair of the Republican Party of Texas’ Candidate Recruitment Task Force. She collaborated with the Leadership Institute for the first time to organize a Candidate Training Texas Tour. Their continued effort has educated over 4,000 Texans in the past two cycles, including State Representative Shelby Slawson and Congresswoman Mayra Flores.

For the 2020 cycle, Texas doubled the number of female Congressional candidates and recruited the highest number of women, minorities, and people under 40 to run for elected office in the State Party’s history. Following her success in recruitment, Cat was recognized by Governor Greg Abbott, Lt. Governor Dan Patrick, and then-Chairman James Dickey as the recipient of the Steve Munisteri Award, given to the “Party Volunteer who made the greatest impact on the State of Texas.”

Most recently, Cat served as Vice Chair of the Republican Party of Texas. Under her leadership, initiatives were implemented to expand Candidate Recruitment and conservative messaging in South Texas, where her work with Project RedTX increased the number of Republican down-ballot candidates for the 2022 Midterm Election by over 900% from the previous cycle. Her Vice Chair initiatives were recognized by Speaker Dade Phelan and a via a Resolution from the Texas State Senate.

Parks is committed to making the world a better place through volunteerism and political activism alike. She has served on advisory boards for the Texas Federation of Republican Women, the Inaugural Frederick Douglass Society of Tarrant County Emerging Leaders, the Texas Youth Leadership Summit, and the Tarrant Area Food Bank West.

Cat is married to Dr. John Parks, a Navy veteran, and retired anesthesiologist. Most importantly, Cat is a proud mother to her 12-year-old son, Pierce, four adult stepchildren, and 12 grandchildren. She has decades of experience teaching and founding youth equestrian programs across the US. John and Cat own The Trinity Ranches in Texas and New Mexico, where they breed, raise, and train American Quarter Horses and travel across the nation teaching horsemanship clinics and seminars. 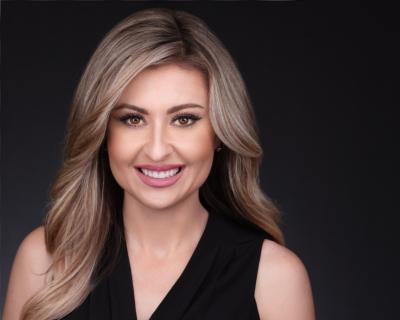