Chris Collier is a veteran of California politics. In 2008, he founded Rincon Strategies, focused on public affairs, political campaigns, and data related to local governments in the Golden State.

Over the last 13+ years, Chris and the Rincon team have successfully won elections in almost every major media market in California. In the public affairs realm, Collier has built a reputation of solving complex public problems in energy, waste, transportation, water and land use for key corporate clients.

He currently serves as Co-Chair of the Building Industry Association's Ventura County Working Group, Chief Policy Advisor to the Greater Coachella Valley Chamber of Commerce, Board of the WSPA Coastal Associates, Secretary of the Ventura County Business Council, and served as Chair of the Inland Empire Taxpayers Association. He is also an active member of other business advocacy groups including several local Chambers of Commerce and the Coalition of Labor, Agriculture and Business in Ventura County.

Chris has held roles with political organizations, including adjunct faculty at with the Leadership Institute teaching political campaign strategy, guest lecturing to classes at both CSU Channel Islands and Cal Lutheran University, and has served on the boards of the Young Republican National Federation and the California Young Republican Federation, and served as the Executive Director of the California Republican County Chairs Association.

In 2015 Collier was named '40 under 40' by the Pacific Coast Business Times. In 2018, he was recognized for his work with local non-profits to connect help with need during the Thomas Fire and Montecito Mudslide, including coordinating the Montecito Airlift to shuttle doctors, patients and critical personnel between Santa Barbara and Ventura Counties with volunteer air service. For that effort, the Building Industry Association of Southern California named Chris the Humanitarian of the Year in 2020. He graduated from the University of Southern California with a BS in Business Administration and has earned his Masters Degree in Public Policy & Administration from California Lutheran University.

Chris and his wonderful wife Kristine live in the Palm Springs area where he works (unsuccessfully) to lower his golf handicap and travels around the state to meet with clients- unless it is snowing in the Sierras, where you'll find him in Mammoth skiing. 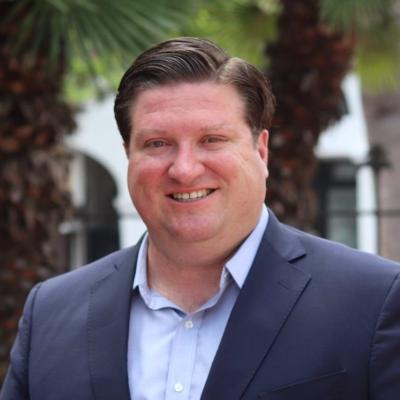