Dr. Campbell has a winning career spanning more than four decades and is an expert strategist and researcher having first honed his skills at the DOD as a Presidential Fellow during the Reagan Administration.

Most recently, Mark served as the winning Campaign Manager in the left-leaning Virginia Gubernatorial race representing Glenn Youngkin.  This stunning Republican victory received international attention as a bellwether race to foreshadow voting patterns in the 2022 Elections.

Most recently, Mark served as the campaign manager for Governor Glenn Youngkin's 2021 election victory in Virginia.

Mark has served as a national GOP spokesperson and has appeared often in the media.  Dr. Campbell has taught hundreds of political party leaders in emerging democracies around the world the art and science of connecting with voters, on behalf of the International Republican Institute and the Leadership Institute.

Mark has worked with hundreds of federal, state, and local candidates and campaigns.  Campbell has won numerous tough “down ballot” races in swing areas even when the top of the GOP ticket got crushed.  Campbell has also won races in Democrat strongholds including Jersey City, Philadelphia, and northern Virginia. Dr. Campbell served as National Political Director for Ted Cruz for President.  Other presidential campaigns include Rudy Giuliani, George H. W. Bush, and George W. Bush.

Mark served as Director of Small Business in Pennsylvania (1985-86) and as Senior Vice President and Associate Dean at Fairleigh Dickinson University (2000-2004).  Mark also served as a Senior Advisor to The International Association of University Presidents (2010-2013).  Dr. Campbell obtained a Top-Secret security clearance following a detailed background check before joining DOD early in his career.  Thus, facilitating his current leadership of dozens of retired law enforcement, intelligence, and investigative professionals throughout the U.S. and most democracies around the world. 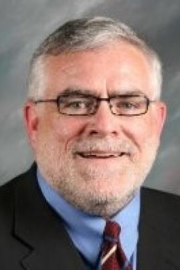