KaLeigh's involvement in politics started when she served as a youth director in a heavily Democratic district (D+5) for Congressman Rod Blum. She recruited hundreds of college students who made more than 600,000 voter contacts in the first congressional district of Iowa and elected the first-time, Republican Congressman Rod Blum. Since then, KaLeigh has expanded youth campaigns to more than thirty-six other federal races.  KaLeigh serves as the Executive Director of the Conservative Leadership PAC, CEO of End Game Consulting, CEO of Terra Nexum, Board Member of the Second Amendment Institute, and Board Member of the Long Cattle Company.

She is a two time National Forensics League (NFL) qualifier, former legislative director for the National Pro-Life Alliance, and regular guest speaker for the Leadership Institute.  KaLeigh is committed to the advancement of the liberty movement by electing Republican candidates who limit government, promote free enterprise, and defend constitutional liberties.. 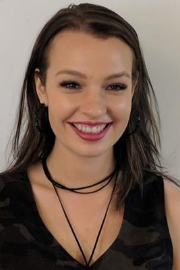