Jerry Natividad is the founder, President and CEO of American Facility Services Group, Inc. The firm is a facility maintenance/management and real estate service provider throughout Colorado and the United States. The company was founded in 1990 by he and his wife and today the company employees over six (600) Hundred employees nationally. The company's main focus of business is providing facility support services to America's Fortune 500 companies. Recently the company has expanded its operation to include a presence in Australia with offices in Sidney and Perth.

In addition Mr. Natividad' s community involvement includes many years of service to the community in which he lives but also throughout the United States. An example is as follows: In 1991, Mr. Natividad was the founder of the Commission on Cultural Diversity and Human Relations for the City of Lakewood, a co-founder and first Chairperson of the Colorado Hispanic League, a non-partisan public policy group in 1991.

He also is a contributing and founding member of the Latino Community Foundation of Colorado, a philanthropic group of Hispanics founded in partnership the Rose Foundation.

He has recently completed six (6) year tenure as board member of the United States Hispanic Chamber of Commerce, serving on the Executive Committee and Regional Chair for Region II, also Chair of Elections Committee, and Chair of Corporate Procurement Committee.

Recently he was asked to serve on the advisory board of the Latino Coalition a national business advocacy group who has partnered with the United States Chamber of Commerce to promote a strong economic policy that compliments the efforts of Hispanic owned businesses.

Jerry has been active as a Republican serving as Colorado Chair of the RNHA, and most recently on the National Juntos con Romney Committee. He is active with the Hispanic Leadership Network and supports the Colorado Hispanic Republican coalition. 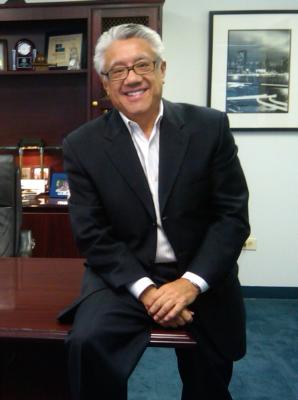