The GIS & Voter Data Analytics Workshop teaches you how to use data analysis tools and techniques to win elections and enhance your voter engagement program and advocacy campaigns.
Whether you are a campaign consultant, data analyst, or grassroots activist, this Workshop will provide you with the technical insight and know-how you need to properly manage and evaluate voter data to achieve your political and electoral objectives.
You do not need any prior experience with GIS (Geographic Information System) mapping software or voter data to participate in this workshop, only a desktop or laptop computer, Internet access, and a spreadsheet program (Excel).
You will learn how to:

Lunch and light refreshments are included with registration. 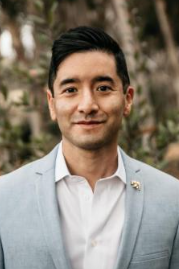 Director of Government Relations at the National University System

Vince Vasquez is an independent data analyst based in Carlsbad, California. He has more than fifteen years of work experience in public policy research, political analysis, data analysis, survey collection, and GIS mapping for non-profit organizations and advocacy groups.

Professionally, Vince Vasquez is the Director of Government Relations at the National University System, a non-profit educational institution based in San Diego, and has served in this role since 2017. Vince has been with the System since 2009 and previously served in roles as Senior Policy Analyst and Senior Economist with a regional economic think tank affiliated with the National University System. Prior to his employment, he was a Public Policy Fellow and Development Associate at the Pacific Research Institute, a free-market think tank based in San Francisco.

Vince earned his bachelor's degree in Political Science from the University of California - San Diego and has also earned a certificate in Legislative Studies from Georgetown University. He is currently completing coursework towards a master's degree in Business Administration at National University.